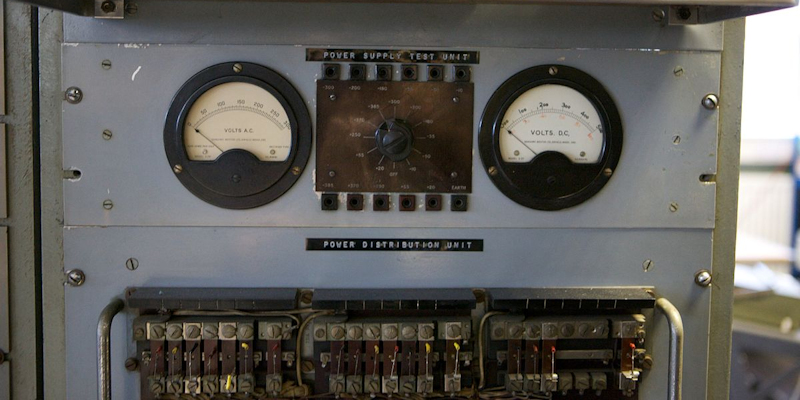 The Influence of Harwell

In May 1972, the University of York invited applications for a new chair of “Computational  Science”. At that time I had been at the Atomic Energy Research Establishment (AERE),  Harwell, for nearly fourteen years, and had come to know (for reasons explained below) that the teaching of computing in the UK (at least) was grossly inadequate. So I applied,  assuming that the title of the chair was a stilted attempt to identify serious computing  (exposing the limited awareness of the field by the University).

The University appointed me, and changed the name of the chair (at my suggestion) to  “Computer Science.” I did not know what I was letting myself in for, and neither (I suspect) did the University! My only experience of a university had been as an undergraduate and  then a research student at Cambridge, and I had enjoyed the excellent ethos and  management structure at Harwell. It took me several years to establish a similar condition  at York. In this note, I try to explain how it happened.

Although the primary objective of AERE Harwell was to do the science and engineering  necessary for nuclear power reactors, this entailed a great deal of computing (e.g. studying  the partial differential equations of flow for neutrons in a fission reactor and of plasma in a  fusion reactor). As a direct consequence, Harwell was at the forefront in the field of  computing in the U.K.

Electronics Division had already designed and brought into use two new computers (the  Dekatron and the CADET) before I came in 1958 to join the Computing Group in  Theoretical Physics Division: not making computers, but using them. There I became  involved with the detailed support for all staff at Harwell with their computing needs,  initially using a Ferranti Mercury computer, which was significantly more powerful than  CADET. My role was to help users in all aspects of computing, from numerical analysis,  the extension of mathematical models, to the debugging and modification of programs to  work on our computers.

At that time, the only computers were “main frames” which executed programs as a  sequence of “jobs.” As well as using the Mercury locally, much work was sent for  execution at the more powerful IBM computer at AWRE Aldermaston, and later the IBM  7090 at Risley, the headquarters of the UKAEA's Industrial Group. This was an extensive  computing service, including several computers at several sites: boxes of cards had to be  taken, and outputs returned, by car – or later by telephone lines (before there was any  thought about data links or interacting computers).

During my time there, we were using the most powerful computers available, and  contributing to the introduction of the Ferranti Atlas computer, particularly by a team (led  by me) writing the FORTRAN compiler for it, so that Harwell's computing work could be easily transferred. Subsequently we chose an IBM/360 computer (for which I was involved  in the negotiation) and I developed a multi-access system, HUW, so that users could contact  it more easily.

From 1965, the introduction of small computers such as the PDP8 brought a significant  change for Harwell scientists (as elsewhere): computers could be used to control and  monitor experiments, and greatly assist data collection and retrieval. The extensive use of  small computers in Nuclear Physics Division created a wealth of expertise in computing,  which became an important new asset for the establishment. The Electronics Division had  already developed units (CAMAC) to connect computers to experimental apparatus, but  there was little software to support them.

In other words, Harwell had not only traditional “computation” - scientific (or business)  calculation of numbers, but also the new “real-time systems” in which computers interacted  directly with their environment, becoming important in industrial computer systems: factory automation and numerically controlled machine tools. This recognition of the potential uses of computers was the vision that Harwell gave me to bring to York.

Although some work at Harwell involving nuclear processes was classified under the  Official Secrets Act, most (including all in electronics and computing) was open, and there  was positive encouragement for collaboration with others. This applied particularly in  computing, and between Harwell and similar establishments elsewhere in Europe. Thus  software was freely exchanged, and common problems discussed and solved. Travel to  conferences and between sites was made as easy as possible, so that I became a member of a community familiar with the scientific uses of large and small computers.

I had already become involved in the setting up of a European Workshop on Industrial  Computing Systems (EWICS), and this continued after I came to York, eventually leading to the development of Ada.

In about 1968, at the height of the “cold war”, there was a political row about the system  being developed to protect the UK from air attack, by monitoring and controlling air traffic  above and around the United Kingdom. Major radar stations had been build across the  country, feeding their data to a command centre near London Airport, where a computer  system with a team of operators was supposed to integrate and interpret them. This was  called “Linesman.”

After installing all the computers (specially designed to be resilient, capable of working  continuously 24/7/365¼), it was discovered that no-one knew how to write the software to  make them work! The main contractors (Plessey) had tried and failed to find a British  software company willing and able to produce the software. (This was all revealed several  years later in a report by the Science and Technology Select Committee, 1970-71)

Harwell had already started “diversification” - moving into new areas of research (because  the reduced need for Nuclear Physics research), and the Computing Group was told to  investigate this problem (which was classified under the Official Secrets Act), to identify the difficulties and to deal with them. I was involved in this from the beginning. It turned out  that the system was badly specified, and that no-one knew how to program (in a sequential  language) interactions between computers or between operators, or of anything significant  about Software Engineering.

A team of about 20 people from Harwell, led by me, (mostly Nuclear Physicists) were seconded to work with Plessey to write the software. The installed hardware was mostly  large computers, but used in ways more like the small computers in Nuclear Physics at  Harwell: integrating data from many and various kinds of input/output.

Making the software for this Radar Data Processing System (RDPS) involved starting from  scratch: I (with two others) wrote a detailed manual explaining all the software engineering  processes involved, and introduced a management structure suitable for the size of the task. I specified the structure and the top-level design of the software; Harwell and Plessey staff developed all the rest of the software, and in 1972  handed over a working system to the RAF for serious use.

This experience revealed the inadequacy of the programming skills and training that then current practice had produced. I resolved to improve this situation – I knew that it would be necessary to teach about computers and software engineering for the next generation, to  avoid a perennial “software crisis.”

The 1966 Flowers Report established the ground rules for computers for research in  universities. (No mention of teaching at this stage!) The government accepted the  substantial points of the report, and set up the Computer Board to oversee the installation of  computers in all the British universities, including York, which as a small university was  provided with an Elliott 4030 computer.

In the present context, it is relevant to note that Brian Flowers, chairman of the Joint  Working Group that produced the report, had been the Head of Theoretical Physics at  Harwell from 1952 to 1958 (just before I arrived), and later Rector of Imperial College,  London. The influence of Harwell and the UK Atomic Energy Authority is evident in the  membership and conclusions of the group.

As well as recommending particular computers for the universities, the report specifically  mentions computer software: fast Fortran and Algol compilers capable of producing good  object code in relocatable binary. This follows the Harwell approach, used for FORTRAN  on the Ferranti Atlas computer.

Strategy for CS at York

Approaching the responsibilities of the “Department of Computation” (renamed soon as  “Computer Science”), I identified the three distinct areas of Research, Service and Teaching.

From my experience at Harwell, I had no problems with Research and Service, but Teaching was the important new area, as I had discovered in Linesman. In my view, the subject  needed three strands:

Having met the existing members of the department, I saw a significant gap in our expertise: commercial data processing, and its associated concern for databases. Consequently, one of  my first priorities was to recruit someone who could fill this gap. (Fortunately, I already  knew a suitable person!)

Growing from the subsidiary subject status took several years, and the syllabus was fleshed out as explained by Bill Freeman.

The Computing Service needed expanding to meet the growing need of the university, as had been anticipated by the Flowers Report and the subsequent Computer Board. I was able to work with the Computer Service Advisory Committee, to produce a statement of our  requirements that formed a good basis for negotiation with computer manufacturers, leading to our eventual acquisition of a DECsystem 10 computer. As at Harwell, co-operation  between computing services was common, and York joined with Leeds, Bradford, Hull and  Sheffield to co-ordinate our approaches to the Computer Board

Research took a back seat initially, as the other areas needed urgent attention. I had already started researching the problems of computer – computer interaction while at Harwell  (generalising a Linesman problem), and had identified Real-Time Systems as a key area to  work in. Broadly, the problem was how to deal with input-output, not just with human  users. This involved both data representation and timing.

I was strongly aware that research was needed in relation to both Teaching and Service: the  communication between computers for service provision was as important as the interaction between programmer and compiler for students learning about software. (Subsequently I lost this battle, as the attitudes in the two parts of the department diverged.)

We eventually started with Modula as a way of handling input-output, then moved on to  Ada. It is pleasing to see that Real Time Systems still form a significant element of the  Department's research activity.

Starting the new Computer Science department was not easy: the university's intention had  been a continuation of the original “Computation” department, and my appointment caused  a significant change of direction . The university was heavily arts-based, with science  departments that in 1973 were rather old-fashioned, and no mention of engineering. The  financial squeeze during the late 1970s did not help. However, the department did establish  itself in the university and nationally, becoming the seventh in the UK by the time I left at  the end of 1985. It is rewarding to see the department now flourishing and respected within the university.