Pete Cooper, Senior Technical Manager in the Department of Computer Science, has recently passed the milestone of being employed by the department for 40 years. 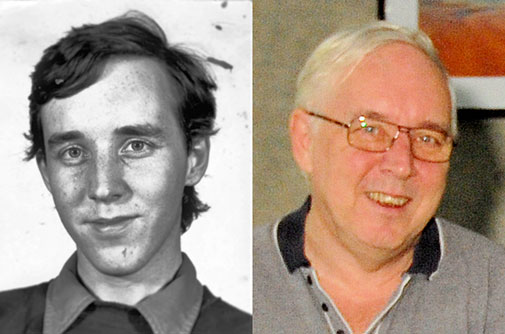 Following an apprenticeship in telecommunications with REME, Pete started work as a Junior Technician on 5th January 1981; Professor Ian Pyle was Head of Department, Rick Pack was Chief Technician, the department had recently been awarded a grant by Ada UK, and had purchased a VAX 780 computer.

Pete can plot his history with the department through a series of building moves: to D Block (later the Environment Department) in 1986, to what is now the Harry Fairhurst building in 1997 and to the current building on Campus East in 2010; all of these were purpose-built for Computer Science.

Pete followed in his father’s footsteps - his Dad worked in the Department of Chemistry workshops from 1964, rising to the position of Chief Technician. Pete himself was appointed Chief Technician in CS in 1985, Head of Hardware Support in 2002, Hardware and Facilities Supervisor in 2011 and Senior Technical Manager in 2019.