The Department has an extensive portfolio of research projects including collaborations with blue-chip companies, government organisations and other prestigious Universities in the UK and internationally. Substantial funding is provided by industrial sponsors, as well as by the Engineering and Physical Sciences Research Council (EPSRC) who supply a significant proportion of our research income.

Our research is recognised worldwide and OUR staff and research students boast an extensive collection of published work, in journals, conference proceedings, books and online.

The RoboCalc project, led by Professor Ana Cavalcanti, is developing a framework for integrated modelling, simulation and programming of mobile and autonomous robots, covering the full life cycle of development. The framework will provide industry and academia with:

The CrossMiner project focuses on supporting organisations to make better-informed decisions about the healthiness and appropriateness of open-source applications by providing online and offline monitoring of open-source projects.

Cyber-physical systems consist of collections of computing devices which communicate with one another (sometimes using wireless media) and interact with the physical world via sensors and actuators. These systems have many applications – from smart buildings to medical devices to aerospace and many types of automobile. 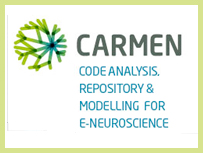