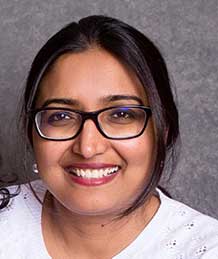 N²Women (Networking Networking Women) is a discipline-specific community of researchers in the fields of networking and communications. N²Women encourages diversity and aims at fostering connections among under-represented women in this computing sub-field.

Neil Audsley, Head of the Department of Computer Science said: "Poonam Yadav's research in Internet-of-Things is a novel approach to achieving resilience and reliability within networks that are often not well-behaved. Her work is driven by a passion for computing for social good and really aims to make the world a better place."

N²Women is supported by several major professional associations such as ACM SIGCOMM, ACM SIGMOBILE and IEEE ComSoc. Thanks to this support, N²Women offers fellowships to graduate students and junior researchers to organize N²Women meetings at a selection of flagship conferences in the networking and communications fields. It also organizes full-day professional development workshops with the additional support of CRA-W and the National Science Foundation.