"People were unlikely to know  when nominating me, but I grew up in York: we moved there (to Marygate) when I was 13."Professor Ursula Martin CBE FREng FRSE DSc works in mathematics, computer science and their broader culture and impact. She grew up in York:  a childhood fascination with mathematics and geometrical puzzles led her to study mathematics at Cambridge and her first computer, a gigantic IBM 360 programmed with punched cards. A PhD at Warwick, and postdoctoral work in Illinois and London followed:  she became increasing fascinated with the power of computers to solve problems in algebra and logic, and became a fully-fledged computer scientist, joining the University of Manchester.  Her subsequent academic career took  her all over the world, working in universities and industrial labs on how to make computers better at creating mathematical proofs, and subsequently to senior academic leadership at Queen Mary University of London.  She  was appointed a  Commander of the Order of the British Empire, a fellow of both the Royal Society of Edinburgh and the Royal Academy of Engineering, and holds an honorary doctorate from the University of London. 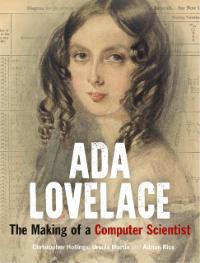 A passionate advocate for women in science, she was the first female professor in any discipline at the University of St Andrews. She is now based at Wadham College Oxford, and the University of Edinburgh, working with philosophers, social scientists and historians on the culture and context of mathematics and computing. A highlight has been her work on the mathematics of the nineteenth century pioneer Ada Lovelace, often called the “first computer programmer”, which has led to a popular book, museum displays and new music  performed by the Britten Sinfonia.