Research in the CVPR group

Some of fundamental questions being asked are:

The mathematical framework for this is provided by information theory (especially Bayesian methods), statistical physics and optimisation theory. Vision tasks under study include face recognition and modelling, polarisation imaging, reflectance modelling, diffusion tensor imaging, shape-from-shading and stereo. We also carry out research on relational and graph descriptions of patterns, including matching, partitioning, embedding, clustering and generation.

A sample of current research topics

In order to explain why an image appears the way it does, one can seek a physical explanation. i.e. to decompose an image into geometry, reflectance and illumination. This disentangles extrinsic scene properties from the intrinsic features of objects, potentially easing tasks such as recognition. In addition, it provides a route to physically-based image editing such as relighting or viewpoint changes. This task is ill-posed and so we have approached it from a number of different perspectives. Restricting consideration only to faces allows statistical models of face shape and reflectance properties to be used to constrain the problem. More recently, we have tried to solve scene level inverse rendering using deep learning and self-supervision from multiview images and differentiable rendering.

The modern world generates vast amounts of data on a daily basis, in a wide variety of forms. Some of this data is relational and can be best represented using graphs and networks. Examples include protein interactions, social networks, financial interactions and chemical structures. Understanding large amounts of data in this form is very challenging. 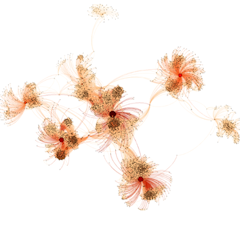 Our interest is in studying the properties of graphs and networks from the perspective of a data representation. We are interested in both the underlying theory and practical applications. We have published extensively in the following areas

We are also interested in novel imaging techniques such as shape-from-polarisation. We have showed how Fresnel theory can be used to relate the angle of reflection to the polarisation state of light in the diffuse reflection regime. This allows the recovery of surface normals from polarisation images of objects, although the directions are still ambiguous. We have used photometric stereo and polarisation on our light stage to accurately capture both the shape and reflectance models of real objects such as human skin. 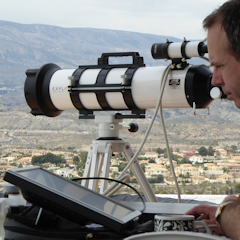 In order to overcome atmospheric distortions in long range imagery, we have used a plenoptic camera system and computational imaging. The aim here is to recover higher resolution imagery undistorted by turbulence from the atmosphere.